All Collections
English Support For Administrator and Staff
Roles: Granting Access
Create, Edit, and Delete Roles across your Company

Create, Edit, and Delete Roles across your Company

Learn how to create, edit, delete, and view roles across your company.

Written by Maha Elrashidy
Updated over a week ago

We, at Parent, designed a Roles feature to give you full control of the level of access users get in your company. Only a Company Admin, for example, the owner of an institution/nursery can create, edit, and assign new roles. The roles can be assigned across your whole company or for users involved in a specific institute. Let’s show you how!

Go to the Roles Page 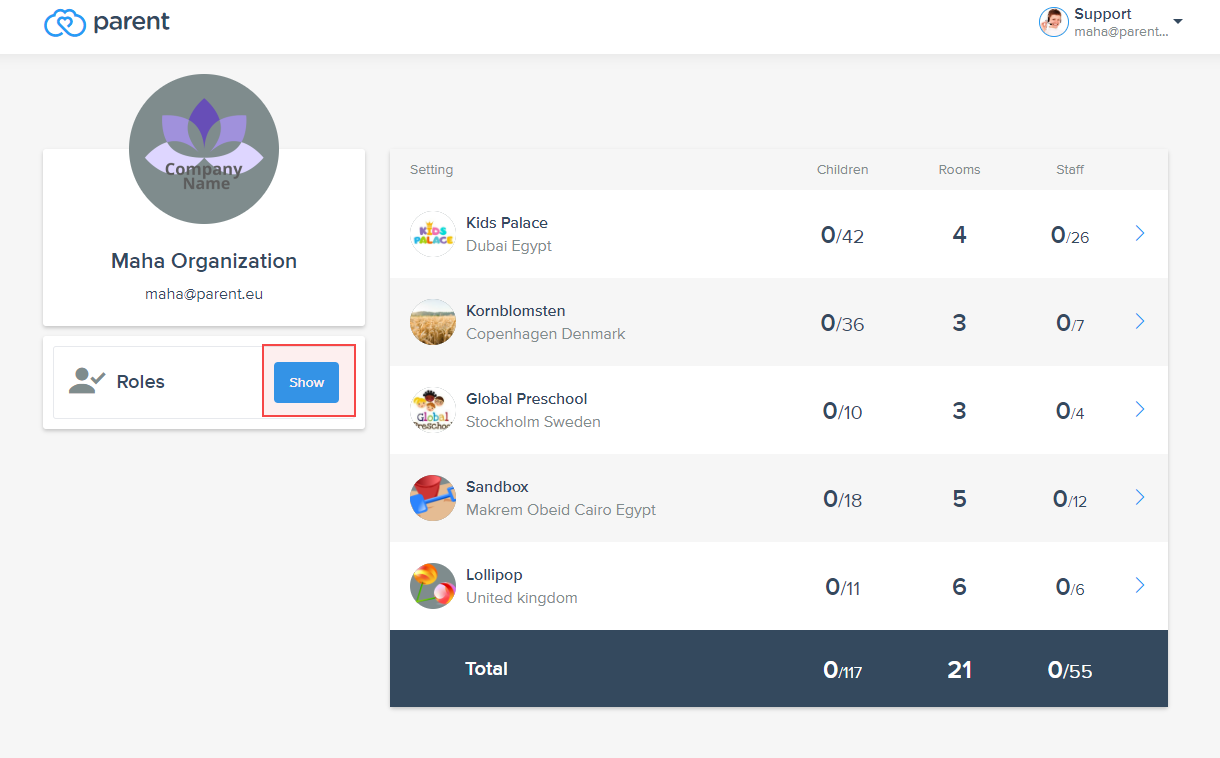 The Roles page is a table that is grouped by the type of access that can be granted to each role. For example, the Basic category lets the administrator grant access to basic child and employee information to specific roles. The rest of the columns are for the different roles created by the administrator and the access they have been granted.

Click on the Create Role button at the upper right corner of the page. The popup shown in the image below will appear.

Do the following steps to finish creating a new role:

A new column will appear with the name of the new role.

The new role will not have any granted permissions. Please read the Edit Role section to learn how to grant permissions.

Note: You can grant the same type of access to a group of teachers, or accountants by giving them the same role. Read this article to learn how to assign roles to staff members. 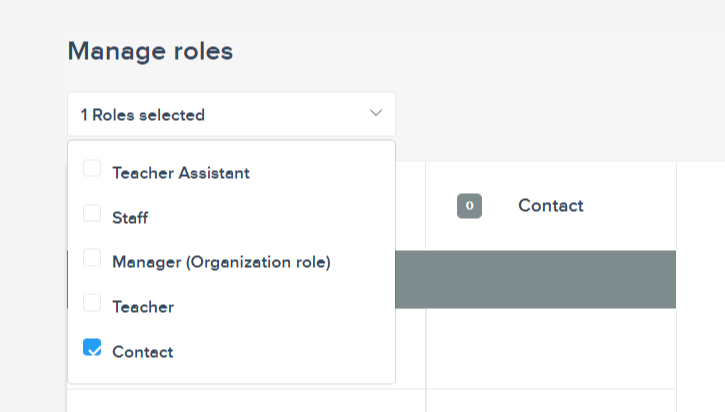 The name becomes editable and you can change it at this point.

To give the role specific functions, follow these steps:

To cancel all changes done to the role, click X at the top right of the role name. 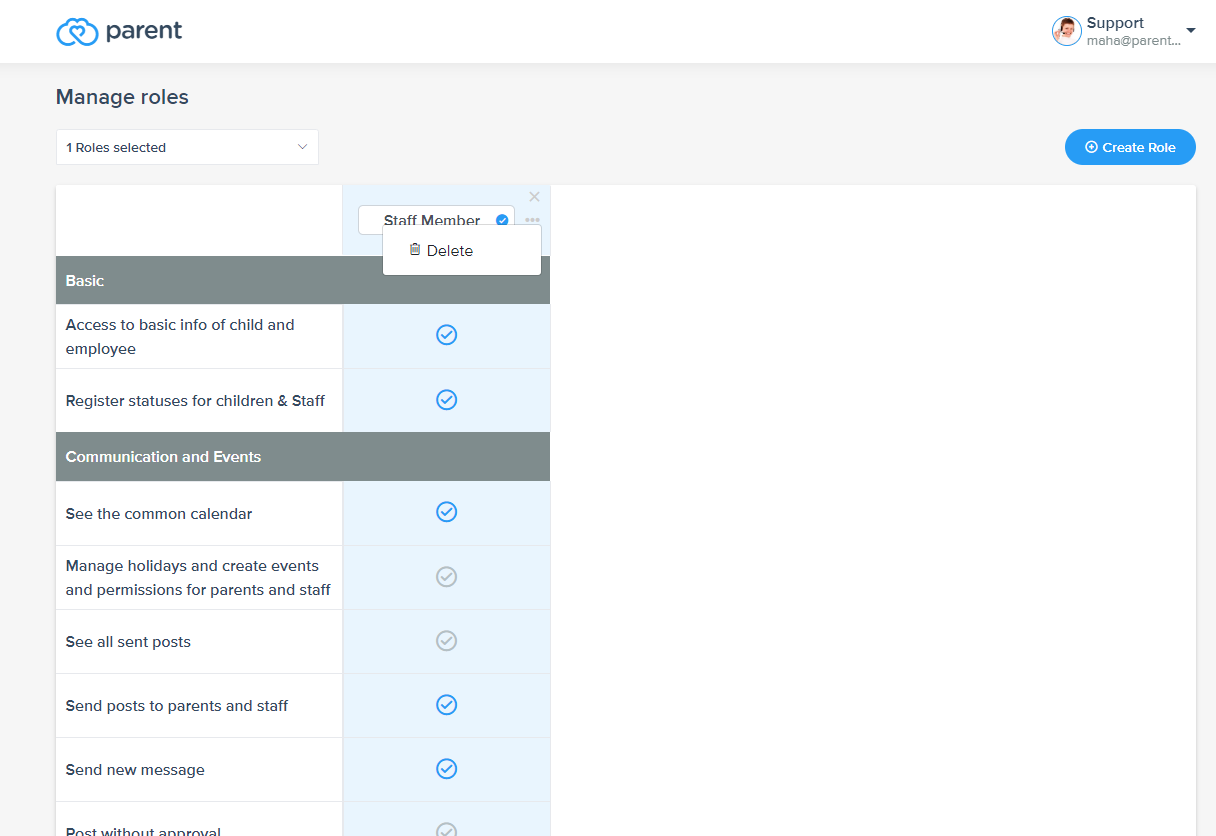 A popup will appear to confirm the action. Click Yes.

The role will disappear from the roles page.

The example below shows there are 6 users assigned to the role named Staff Member.

Click on the number and a popup with all users assigned to the role will appear.

Did this answer your question?